The Supreme Leader of the Islamic Republic of Iran, Ayatollah Khamenei, endorsed Hassan Rouhani as President of Iran. As a result, today, Iran has a newly elected president who promises to lead a government of ‘moderation’. In his first press conference since taking office, Rouhani said that he had ‘political will’ to solve the confrontation over Iran’s nuclear ambitions and was ready to negotiate. Despite the fact that, unlike his predecessor, Rouhani’s words are refined and carefully chosen, many experts questioned whether the substance has really altered. Given Iran’s history of on and off negotiations on its nuclear programme where no progress had been made, in their opinion, the beginning of this diplomatic opening that seemingly represents a possible change of policy, raised a few; or no expectations.

Although it is important to remember that it is central for Rouhani to have the support of Ayatollah Khamenei, if he is to have the ability to make any change in foreign policy, some commentators on Iran say that the Supreme Leader fully trusts him. Because Khamenei – who commands the leadership of: the powerful Islamic Revolutionary Guards, all the country’s armed forces, and who has the loyalty of the largest bloc of conservatives in Iran’s parliament – holds most of the power.

Rouhani’s diplomatic opening started off well, with a first series of talks in Geneva which was intended to test the water; to show goodwill, to establish some basic measure of trust; and to buy time – six months – during which the negotiators can seek to resolve the complex issues surrounding Iran’s nuclear activities. After all, the whole point of stepping up economic sanctions against Iran was to force it to the negotiating table to try to reach a deal on its nuclear programme. It did just that. The question remains: how far is the Supreme Leader, Ayatollah Khamenei, willing to compromise and give his much needed support and trust to Rouhani? In the memoirs of a former Iranian diplomat, Hossein Mousavian, Ayatollah Khamenei is reported to have told Rouhani, while he served as Khamenei’s top nuclear negotiator, in the specific context of enrichment: ‘I would never abandon the rights of the country as long as I am alive.’

Constitutional amendments in 1989 created a presidential system with the presidency as a powerful office. Rouhani is in charge of appointing cabinet ministers who have been approved by the parliament but the unwritten law requires all officials to abide by the Supreme Leader’s decisions. Khamenei knows that for much of the last decade, periodic tensions between the offices of the Leader and the President over authority has often been the source of political instability – a reflection of the tensions between religious-political rule and the democratic aspirations of many Iranian politicians. In order to understand how the Supreme Leader, Ayatollah Khamenei, retained his authority unchallenged, and outmanoeuvred and neutralized earlier presidents whose basic policies he did not always embrace, consider his record with the three previous presidents.

Shortly after Hashemi Rafsanjani won the presidential elections in 1989, the two men – Ayatollah Khamenei and Rafsanjani – competed for power and the right to define the revolution. Although Rafsanjani supported Khamenei in his selection as the new supreme leader of the Islamic Republic of Iran after the death of the founder of the Iranian Revolution and the leader Ayatollah Khomeini, some experts on Iran have argued that the reason was that Rafsanjani knew that Khamenei was a middle-ranking cleric and a weaker figure who could not rival his political authority. Nonetheless, Khamenei had made it clear that the supreme leader, rather than president, should be the theocracy’s key decision-maker. During his two terms as president, Rafsanjani’s policies – economic liberalisation, better relations with the West, and empowering Iran’s elected bodies – represented a challenge to Khamenei’s conservative and dogmatic stance. The reason Khamenei tolerated President Rafsanjani’s policies, as experts maintain, was because he had little choice as a newly elected leader and lacked a clear and strong support network in post-Khomeini politics. He used the time to build his own power base – building support among the political elite through exploitation of factional politics, and expanding control over the armed forces, particularly the powerful Revolutionary Guards. Khamenei began siding with the factions opposed to Rafsanjani, and whenever he had opportunities to criticise Rafsanjani’s policies, he would readily do so. Arguably, Rafsanjani’s unexpected resignation as commander in chief of the Revolutionary Guards was the turning-point in Khamenei’s ascendancy. He immediately took over command of all of the armed forces, which was followed by forced retirements of four thousand Revolutionary Guards, leading to speculation that those purged from the Guards were supporters of Rafsanjani.

Mohammad Khatami enjoyed a landslide victory in the presidential election in 1997 and had tremendous backing among the population at large. The Khatami era was characterised as a period of political openings not experienced since the revolution’s early months. In foreign policy, during his two terms as president, Khatami adopted the language that called for a ‘dialogue among civilizations.’ Khatami favoured changes hardliners as well as Khamenei found threatening: a liberal press law, an independent judiciary, a ban on Revolutionary Guards’ involvement in the economy, and most importantly, limits on the supreme leader’s wide powers. Nonetheless, Khatami would often be prevented from making friendly gestures in foreign policy towards the US and the West in general – often seen as a betrayal of the revolution – because he lacked the support of the Supreme Leader. Khamenei, by siding with the hardliners, responded harshly by making sure that the judiciary would close majority of publications, virtually shutting down the reformist press. He also prevented parliament from passing a more liberal press law. Journalists and intellectuals who favoured Khatami’s politics were arrested and jailed, including purging those close to him. Khatami seemed helpless to protect them. The president’s unprecedented popular mandate and an initially independent press were no match for the institutional might of the conservatives and the supreme leader.

Considering Khamenei’s initial support for Ahmadinejad, in his first run for president, it can be argued that it was partly because he had no connection to Khomeini. He was also not a cleric with religious standing that could undermine the authority of the supreme leader. As a result, Ayatollah Khamenei had managed to clear the field. Even though Khamenei supported Ahmadinejad in his disputed re-election in 2009, which provoked mass popular protest and a harsh government crackdown, there had been rumours that Ahmadinejad had been seeking to undermine clerical rule and the supreme leader’s authority. As some commentators on Iran observed, since his re-election, Ahmadinejad has sought to put forward a more nationalist perspective, his allies spoke of an ‘Iranian Islam’ – giving preference to Iranian rather than Islamic culture. He therefore became more openly critical of the power of the Ayatollahs. He also had been able to build a base of support among the very constituencies on which Khamenei himself depends, most importantly the Revolutionary Guards and the judiciary. Furthermore, shortly after the beginning of his presidential term, Ahmadinejad appointed his close friend Mashaei as first vice-president, who is believed to have opposed the overarching role and influence of the clerics in Iranian politics. Mashaei’s growing influence had caused direct confrontation between the president and the supreme leader Ayatollah Khamenei. As many experts believe, Ahmadinejad’s effort was a wider plan of consolidating power to put one of his cronies into the presidency. Khamenei responded by challenging Mashaei’s appointment, Ahmadinejad had to reluctantly accept the supreme leader’s orders.

To return to Iran’s newly elected president, Hasan Rouhani, the important question is how much flexibility during the period of negotiations to resolve Iran’s nuclear activity Rauhani will be allowed by the Supreme Leader, who will ultimately decide whether to abide by the terms of the agreement with the West. It can be argued that while onslaught from conservative press and from Iran’s politically powerful Revolutionary Guards on one side and pragmatics political agenda on the other, trying to shape Iran’s foreign policy, the Supreme Leader’s support and trust can evaporate if he feels his political authority is threatened. By contrast, it can also be argued that Khamenei is not immune from the influence of the people around him, including his citizens’ support for Rouhani’s pragmatic foreign policy. A priority for any improvement in Iran’s economy is the removal of international sanctions over the nuclear programme can be seen in this context; therefore Rouhani’s policy of ‘moderation’ and diplomatic openness.

Irakli Tusiashvili is a researcher at Liberation. His research interests include Iran and Saudi Arabia, with an emphasis on Political Islam and their foreign policies.

In an intensive effort to halt Iran’s nuclear programme, the West led by the United States have been increasing pressure with sanctions […] 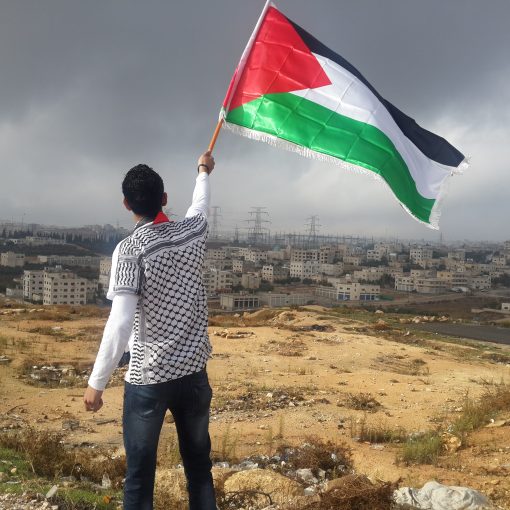 While the world struggles against coronavirus, some peoples and countries face a two-pronged crisis; one of contending with the coronavirus pandemic itself […]

Liberation reproduces here an article on Denis Goldberg,  a giant of anti-apartheid campaigning and advocate of freedom struggles everywhere, who died in […] 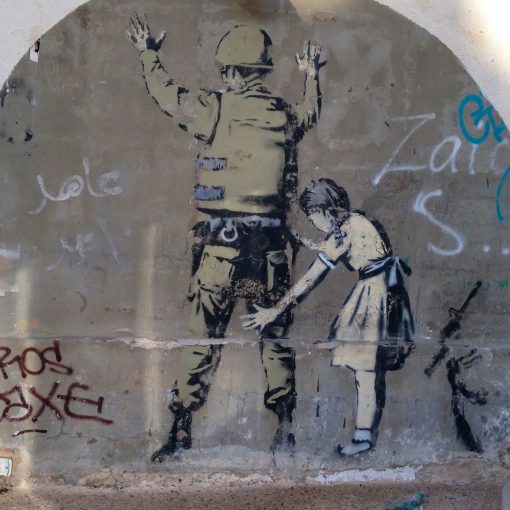